A road trip of suspense and mystery 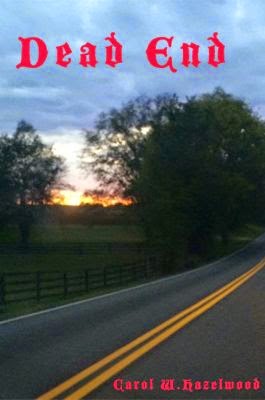 Thrillers and mysteries are quite abundant in the indie publishing world. Finding a good one is not all that easy. On reading Dead End by mystery writer Carol W. Hazelwood, I believe I have found one of the good ones. Dead End is an interesting novel that succeeds mainly due to characters. The main protagonist is Patty Harkin, a down on her luck mechanic whose only possession is her deceased father's truck. She takes a job driving a blindman, Josh, from Minnesota to Arizona. She quickly discovers there is more in the blindman's eagerness to leave besides the bad weather. Another man, Camden, is trying to find out about his friend Mike who died in a car accident. What ensues is a game of questionable identities, high crimes in the casino business, danger from Mexican drug cartels, and a string of corpses from Minnesota to Tucson.

It mainly works due to the character of Patty. The author was wise to put the bulk of the story onto Patty, an average woman with an independent streak yet not necessarily a whiz at crime solving. It is a nice take on the average person in the wrong place at the wrong time. The job of sleuth is mostly left to Camden, a secondary but very important player. Josh is a mystery through most of the novel and provides much of the tension. There are also minor characters like a malevolent thug and a casino owner that adds color to the tale. Yet the likeability of Patty and her common sense approach to danger is what carried my interest.

The basic plot and subsequent resolution works quite well. Hazelwood is quite good at realistic dialogue but there is maybe a little too much of it. There were times that I wish I was shown rather than told. Yet when I was shown, the author's skill at action scenes and descriptions was quite effective. I could also complain that the big reveal about Josh was telegraphed too early in the novel yet it was still a good twist when it came. At the end, it gets messy and involved, delightfully so, as our protagonists get to the end of the road and the reader can finally sort out all the players.

Dead End is the model of a good summer read; Intriguing and thoughtful yet not overwhelming. The author appears to have more Robert B. Parker in her than P. D. James. If you are looking for a good mystery from a new author independent of the mainstream big press, you will do well with this novel by Carol W. Hazelwood.