Of twins and dystopias 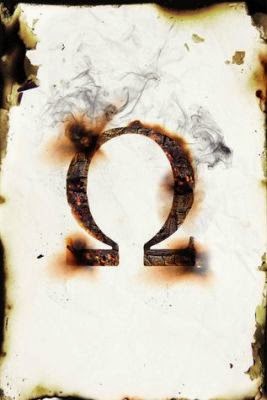 It is hundreds of years after a final apocalypse on Earth. The remnants of civilization is now basically agricultural with most technology banned. The cities of the past are ruins where no one is allowed to go partially due to fear of radiation even though there is no sign that it is still active but also due to the fear of the past and the distant memories of what occurred. But there is one physical effect from the holocaust that remains. When a child is born there are always twins, one boy and one girl. One is physically intact (the Alpha) and the other has some congenial effect usually outwardly noticeable (the Omega). When the Omega is identified, she or he is exiled form the community and sentenced to their own communities and a second class existence. The Alphas rule everything, usually with an iron hand. But there is one major hitch. None of the twins can live without the existence of the other. If one twin dies, so does the other.

This is the basic premise of The Fire Sermon by Francesca Haig, a arguably YA novel with a glance at social, racial and class issues and a frontward stare into the lucrative YA dystopic science-fiction genre. The PR campaign for the book likens it to "The Hunger Games meets Cormac McCarthy’s The Road". The similarities to The Hunger Games is unmistakable. We have a female heroine who reluctantly takes on the role of leader, or might in the first book of a series, and an oppressive government who conspires to enslave the Omegas or worse. It is all exciting but the author misses The Road comparison by adhering to the rules of a commercial and mainstream YA universe. There is none of the existenial desperation and the urgency of survival that The Road burned into our brain.

But there are some really good things about The Fire Sermon mixed in with the inexplicable. Cass is an Omega born with no outward deformities. It is not until the age of 13 does her parents and community find she is an Omega. Her gift, or burden, is that she is a seer, having visions and premonitions. She and her brother, Zach, have bonded yet he betrays her and eventually become a leading figure known as "The Reformer" who may bring down all Omegas. One of the things I liked was the uncertainty Cass has toward her brother. She despises what he is doing but cannot break the emotional bond. Haig is quite a good writer and can really bring together important scenes, melding the actions and the emotions together flawlessly. She has a poet's heart in an action writers' body.

Yet overall, there are too many head shakers to make this believable. I can accept the far fetched oddities of the birth of the twins and the fact that if one dies, the other dies. I go by Arthur C.Clarke's rule that every novel can have one impossible thing. Yet Cass' seer ability is too pat. It comes when needed and fades when it isn't. The talent dictates the story, not the other way around. Also a character named Kip doesn't quite end up believable in character which is important for the conclusion. The fact is that with the important exception of Cass, Zach and another seer called "the Confessor", most characters do not take on that three dimensional push required to move the story. But the most troubling aspect is the gnawing YA feel. Cass is followed from her birth to the mid twenties. Yet she and the other characters never seem to advance in emotions and character past their teens. They seem written for the audience. It is an important distinction in that a story like this needs believable development, our protagonists do not seem to come of age in a story that is part coming-of-age. A dystopic novel needs that development and it is a common error of the YA variety. It is too bad it exists here since The Fire Sermon teases us with the expectation of being more than another YA dystopic soap opera.

But there is still a desire to find out what happens. I cant really recommend it based on this initial novel. I must say though, the young reader, probably female, that loves this stuff will be entranced. The discerning reader...not so much.

Email ThisBlogThis!Share to TwitterShare to FacebookShare to Pinterest
Labels: 2 stars, science-fiction, YA